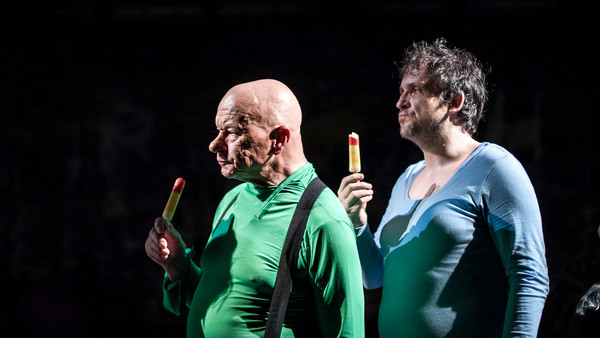 In Search of Lost Time

Transformers – In Search of Lost Time is a post-Internet-neo-mao-retrodadaist docu-fictional piece of dance theater that operates at the points of intersection between Serious and Entertainment, spectacle and situation, political and pedagogical art. At the same time it is the prelude to a long-term political and artistic collaboration between the group KGI and people of diverse educational levels, age groups, countries and socioeconomical backgrounds. The core of this collaboration is the foundation of a community that persists beyond its fleeting representation on stage. The principal subject matter of the collective work is the examination of economically conditioned concepts of time and identity. The moment we learned that we had always been inhabiting a fiction, we were able to start inhabiting another.

A production of KGI in co-production with Theater Oberhausen and Ringlokschuppen Ruhr.