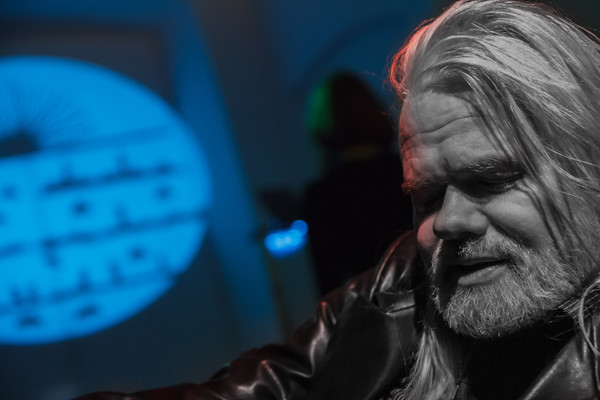 Pearls of and about Robert Louis Stevenson

The idea to create this spectacle saw the light of day in a kitchen, when two
were playing music, one was jumping around the table and a fourth one was singing something that sounded Celtic or English in a high-pitched voice. Tea and stronger stuff were being served. And Stevenson was suddenly among them, Robert Louis.

Texts: Robert Louis Stevenson and other
Sung, danced, screamed and whispered by Albrecht Hirche and Günther Lindner
Translated, illustrated, thrown with light images on the wall and accompanied by chords and mandolin by Sophia Martineck and Henning Wagenbreth.

Theater o.N. is an almost 40-year old association of artists and managers. Founded in 1979 / 80, it was the first independent theater in the former GDR. Then known as Zinnober the group developed groundbreaking productions like “traumhaft” (1985) and “Die Bremer Stadtmusikanten” (1986). Nowadays the theatre is focusing on two core areas: in the field of theater for children and young people they are exploring and furthering the still emerging genre of theater for audiences 2 years and up. Since 2013 the company present biannual the Festival FRATZ International. The other focus is to create theater with children and young people in culturally disadvantaged areas. In their program for adults, the company is using the methods of biographical theater and puppet theater.