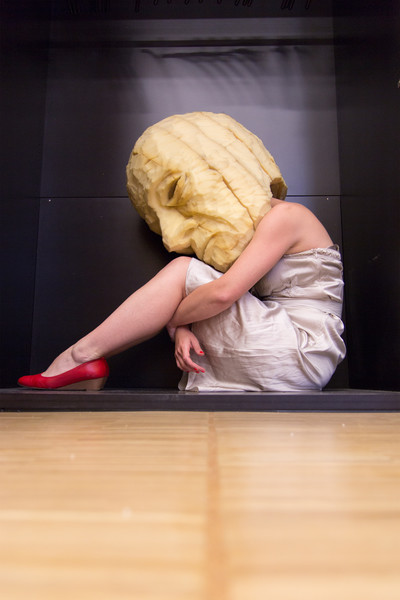 The second season of this theatre series is looking towards the future with hope and ambition. In the first season the conquistador Hernán Cortés taught us that we have the possibility to love the system that originated in his time: the capitalism. In the present day it’s now up to his heirs to further perfect capitalism. "LOVE YOUR SYSTEM!" was the first seasons mission, "YOUR SYSTEM LOVES YOU!" is this years therapeutic empowerment in five episodes, that prompts the students of capitalism into action.

"MONYPOLO II – DEIN SYSTEM LIEBT DICH!" is the second part oft a two year cooperation between PRINZIP GONZO and BALLHAUS OST, funded by the Fonds Doppelpass. In juli 2017 the final production of the cooperation is opening: "MONYPOLO II – DAS SPIEL ZUR SERIE". The audience is invited to engage in an open-world-simulation and experience and develop some of the utopian views presented in the series. And eventually after two years we might find an answer to the biggest questions of all: can capitalism be saved?

Careful: this show is not really suited for an english audience as we do not have surtitles.

A PRODUCTION BY PRINZIP GONZO IN CO-PRODUCTION WITH BALLHAUS OST
FUNDED BY FONDS DOPPELPASS DER KULTURSTIFTUNG DES BUNDES AND SENATE DEPARTMENT FOR CULTURE AND EUROPE DEPARTMENT OF CULTURE.

Alida Breitag, David Czesienski, Robert Hartmann, Holle Münster and Tim Tonndorf form the collective deliberation plant PRINZIP GONZO. Since 2010 they try to offer a platform for meaningful exchange in reply to a theatre scene often ruled by unproductive, competitive pressure. The members of the group work in various teams within the collective and realize productions in the independent scene as well as at municipal and state theatres. With "SPIEL DES LEBENS" (2014) PRINZIP GONZO invented sandbox-game-theatre in cooperation with BALLHAUS OST, a theatrical open-world-simulation, its concept of playing will be further explored and developed within upcoming projects.