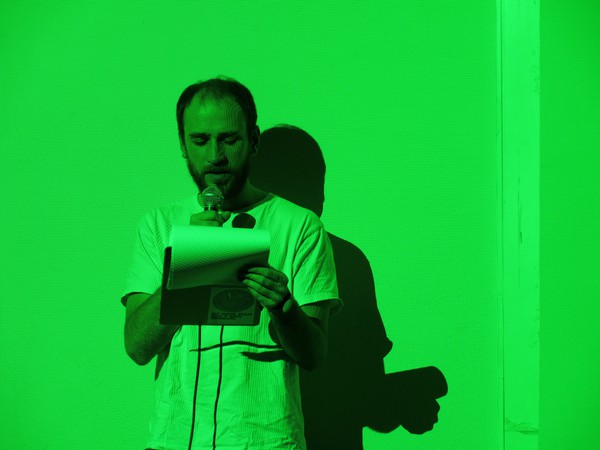 HOW TO KILL SOMEBODY (costa compagnie)

Towards the end of the 60’s, Monika Ertl, daughter of Riefenstahl’s famed director of photography Hans Ertl, joins the Bolivian Liberation Army. After not only Ché Guevara, but also his successor and Monika’s lover are murdered, she travels to Germany to kill the responsible Bolivian officer herself as a staged act of resistance.
The multimedia solo-performance circles the question what it means to kill a human: by virtue of political beliefs, out of love, revenge or the striving for power. At the same time the essayistic retrospect mirrors present-day events of political murder and examines how they are being instrumentalized and presented medially. Here, documentation meets an inmmersive imaginary trip.

The ancillary format FOCUS FUTURE IV will be offered for the performance.

The Berlin and Hamburg based costa compagnie was founded by Felix Meyer-Christian as an open collaboration of interdisciplinary working emerging artists. Their latest works combine documentary, performative and choreographic methods and where invited to the IMPULSE-Festival, the Koerber Studio Junge Regie and other venues and galleries in Germany, Israel, Austria and the United States. The focus of several works has been global transformational processes and the human within. COSTA CIE. thus conducts interviews and collects audio- and video-footage on-site, such as in Afghanistan, the USA, Israel, Russia, Fukushima/Japan and the Lebanon. All members also work in other contexts and sometimes a production includes 2 or 3 and sometimes up to 15 artists.