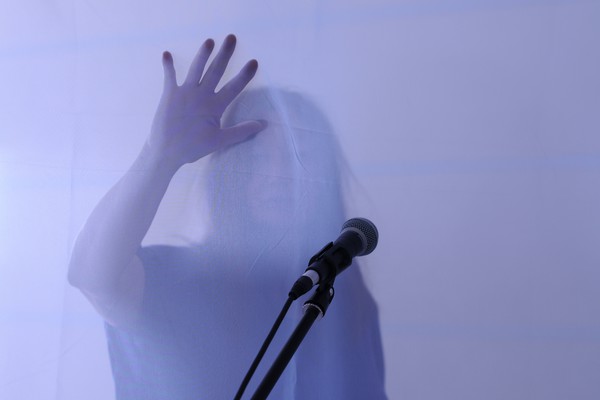 A radio play lounge examining faith, faithlessness and the inability to have faith.

Did you know that you live in another time depending on which god you believe in?
Eran Schaerf – 1001 Wirklichkeit (1001 Reality)

After the end of the battle of faith of the Cold War - communism or capitalism? - that one of the two political religions won, a vacuum has opened up. Then came 9/11, the second Iraq war, the so-called IS, and all of a sudden religion was back and the world no longer seems as secularized as it used to be. Or, to put it better: we see that it was never that way to begin with. But where the fantasies of the political right like religious fundamentalists believe they can differentiate between one faith and another, reality has long since moved on.
The areas of lawn in the festival center will become a thematic radio play lounge on Saturday afternoon. Sit down, take a rest and listen up.

1001 Wirklichkeit. Fortsetzungen eines unabgeschlossenen Romans (1001 Reality. Continuation of an Unfinished Novel) by Eran Schaerf, audio recording of a live radio play at the House of World Cultures on May 30, 2014, BR Hörspiel und Medienkunst/Berlin Documentary Forum 2014. [115 minutes] Using the lens of the thousand and one nights, Eran Schaerf rewrites a novel by the Egyptian-Israeli author Jacqueline Kahanoff by having the protagonist, like the author, cosmopolitan and Jewish, describe her impossible relationship with an Egyptian Muslim, the painful aftermath of colonialism and the crossing of all borders. The piece also examines the boundaries of radio plays and radio.

Sehe dich, Istanbul, meine Augen geschlossen (I See You Istanbul, With My Eyes Closed) by Andreas Ammer/Saam Schlamminger, BR Hörspiel und Medienkunst 2008. [50 minutes]
Andreas Ammer and Saam Schlamminger create an acoustic portrait of the city using field recordings that they made in Istanbul. In between, Feridun Zaimoglu tells a love story.

Urban Prayers by Björn Bicker, BR Hörspiel und Medienkunst 2014. [53 minutes]
Three actors (Wiebke Puls, Steven Scharf, Edmund Telgenkämper) speak. Each is a creature with multiple voices who talk about their own religious habits, about mosques, temples, churches, prayers, head coverings, clothing and about the city they live in. They all say “we” and with it mean contradictory positions. A panorama of faiths in this society, today.

Bambiland by Elfriede Jelinek, directed by Karl Bruckmaier, BR Hörspiel und Medienkunst 2005. [165 minutes]
To finish things up: a monumental radio play. Bambiland rummages through the language of the media that attempted to describe the Iraq war of George W. Bush. Here, the author has made room for an embedded writer amongst the embedded journalists. Sharp-tongued and rough-edged as always, Jelinek rips apart everything that can’t withstand her scrutiny – in this case, almost everything. With the passage of years and in light of IS, the farsightedness of this analysis is all the more painful.