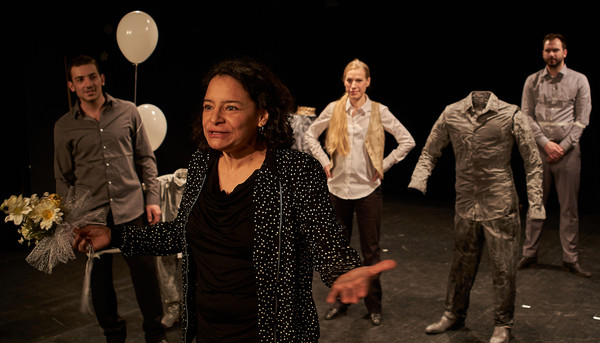 The interrogation of a hero

Der Horatier by Heiner Müller
The protagonist in Müller`s play is trapped in an irresolvable contradiction. In a duel he wins for Rome, but becomes a murderer by killing his own sister, as she mourns the victim. How to deal now with the victor / murderer? How can guilt and merit be juxtaposed without cancelling each other out?
We add personal stories of victories and guilt to Müller`s text. Who are our heroes, who our villains? Can we accept the contradictions of our lives and our history and develop new perspectives on a common future?

AGENTUR FÜR ANERKENNUNG is a performance company as well as a platform for social recognition. Next to literary and theoretical texts we particularly focus on personal experiences of the participating artists. We condense their stories to dramatic scenes, and by adding comments, songs and various stage actions we develop an adequate form for each of our topics. Through this personal approach we invite our audience to engage in our questioning of the present and the future.