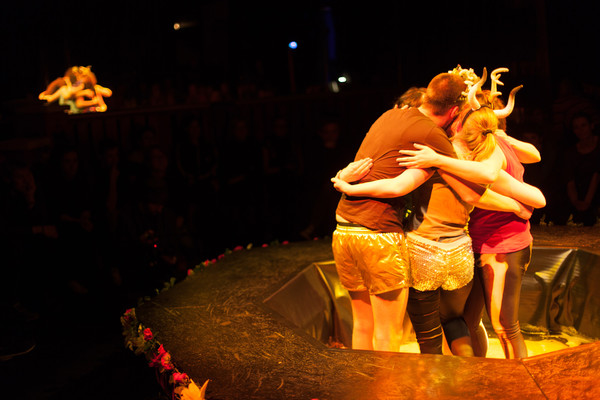 The performance collective Hysterisches Globusgefühl gets on the tracks of punk and searches for a valid promise of autonomy in the present between beer pool and Antigone. In an epic concert with Theremin, gong and electric guitar, the performers transform gestures and choreographies of rebellion to an endless loop of resistance.