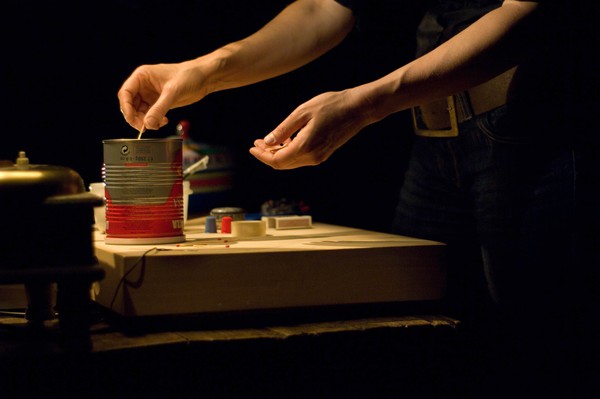 Our mise en scène consists of the realization of a musical dramaturgy understood
as a route through Alphabet. Our purpose is to disclose the peculiar musical dimension of the poem, where the rhythm of the language reflects, the proportions of the Golden Mean, the movement of a spiral, and pays homage to what Inger Christensen called “the musicality, which allowed poets to say things that otherwise they couldn’t say”. Through a delicate range of vocalisations from singing to breathing, fragments of recorded readings of the poem, and the selective amplification and looping of sounds created by seemingly incidental movements and music box instruments.