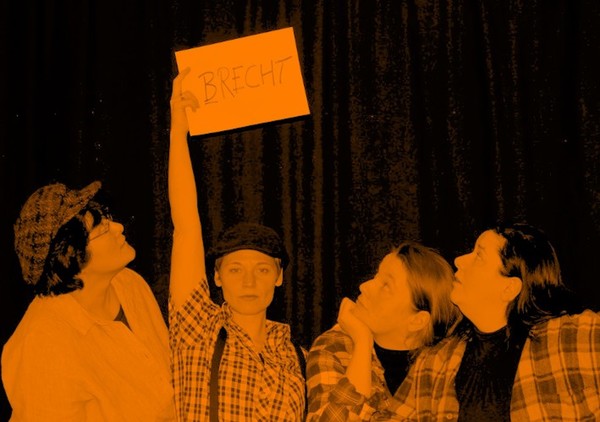 With Im Sinne von Brecht, or, In the Sense of Brecht, Theater ohne Probe combines the tools of epic theater with the interactivity of improvised theater. This results in a thoroughly entertaining format. An exciting evening whose course the audience can influence.

Theater ohne Probe was founded by Sonja Dif and Thomas Jäkel. The group is always on the search for new and challenging formats that reach beyond impro theater as a pure entertainment format.

The Brotfabrik Bühne (Bread Factory Theater) in the Weißensee district of Berlin is an independent venue for touring shows and co-productions from Berlin's independent performing arts community as well as national and international groups. The schedule of programming, comprising around 300 performances a year, presents a diverse range of forms and genres from plays, performance, dance and musical theater to improvisation, puppet and object theater. Young artists and groups regularly perform in the 40-80 seat auditorium alongside established theater makers. Another focus of the schedule of programming is the productions for children.