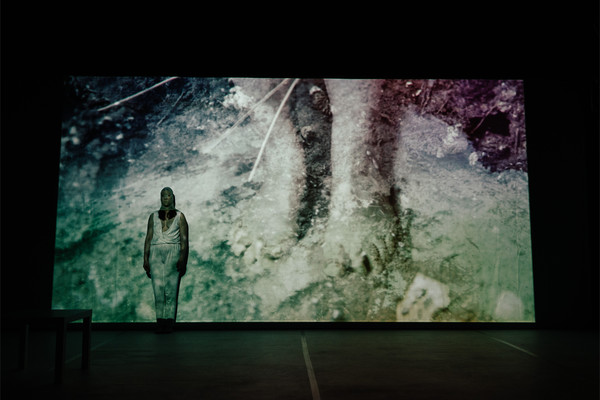 Marie Golüke studied theater studies at the Ludwig Maximilian University of Munich and performance studies at the University of Hamburg. Since 2010, she worked as a freelance performer with RP Kahl, Stockholm Syndrome, Isabelle Schad and Felix Ruckert. She developed her first artistic work Transgression as part of her Master's degree course, which was presented at Kampnagel, the 100 ° Berlin Festival and the BeSTival in Bern. In May 2016, her first full-length piece, Erotism, was premiered at Ballhaus Ost Berlin and traveled to Munich and Hamburg in 2017. In March 2017, her second play, Shame, premiered at the Rationaltheater München and was then presented at Ballhaus Ost Berlin and at Monsun Theater in Hamburr. She has organized the Festival für Freunde in the state of Brandenburg since 2013.