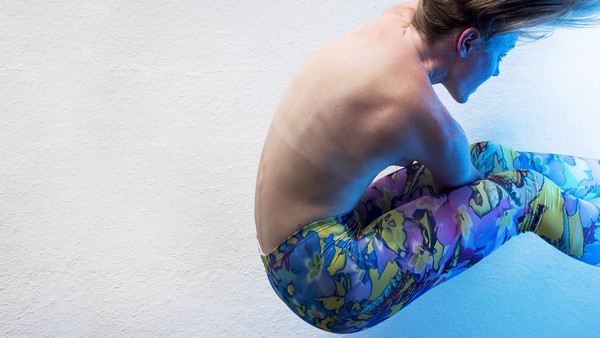 Restore is an attempt to slow, pause, or even reverse time. In a world where being busy feels like success and nothingness instills fear, we find ourselves hurtling towards the realization of an already-imagined future. This award-winning performance combines dance and theater to poetically capture how cycles of instability affect personal relationships, creativity and our capacity for presence.

Renae Shadler is an Australian performer, dancer and choreographer based in Berlin. Her work traverses dance, experimental performance and embedded community projects. Since 2011, Shadler has continued to explore physicality as a key source of expression, combined with spoken word and the larger dramatic gesture. She sees performance as an intimate act and often connects directly with the audience. Recently Shadler has further developed her work at Tanzfabrik in the context of Open Spaces Festival, ada studios, Dancehouse Australia and in residence at HELLERAU - European Center for the Arts Dresden. As a performer and acting coach, she has worked with Alexandra Pirici, Kaori Ito, Mirjam Sögner, Triage Live Art Collective and Dewy Dell, amongst others.

Theaterhaus Berlin provides independent performers with an essential requirement: low-cost rehearsal space. From dusk till dawn, artists rehearse behind close doors creating around 300 new productions and re-stagings every year. Three quarters of these productions are developed for Berlin venues, the remainder are premiered outside the city or are film and TV productions. Theaterhaus Berlin Mitte assists performers with documentation, consultation and technical support enabling them to professionalize their work and benefit from networking opportunities.
Theaterhaus Berlin is a place of intercultural encounters and an important focal point for visiting artists from around the world.