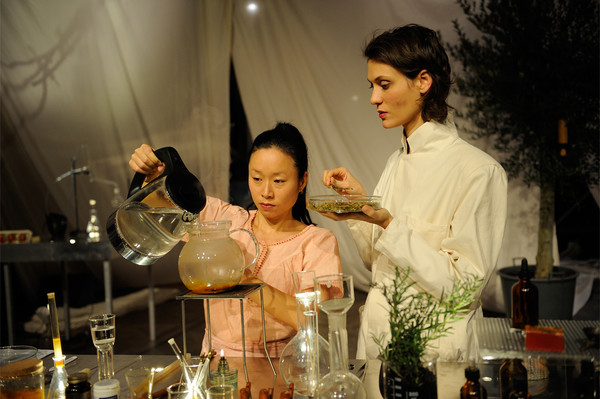 Elpida Orfanidou (*1981) is a Greek choreographer & performer based in Berlin. She studied dance in Athens in parallel to her degrees in piano & pharmaceutical studies. She continued her dance studies in Arnhem, Montpellier and London. For her studies abroad, she received the Greek State Scholarship. In 2009, she was the Greek recipient of the DanceWeb scholarship for the Impulstanz festival in Vienna. She creates works alone or in collaboration with other artists such as Hermann Heisig in United States, Juan Perno in Elpid’arc and lately with Alma Toaspern in Zeitfischen. Her works have been presented in a variety of venues and festivals in Europe such as Tanz im August, HAU – Hebbel am Ufer, Sophiensaele, Athens Festival, Onassis Cultural Center Athens, Tanzquartier Wien, La Casa Encendida Madrid and the Brisbane Festival.