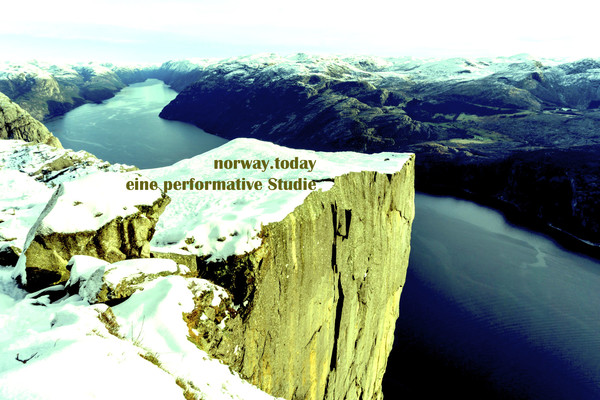 The performative scene study from norway.today is a monologue of the main character of the book, Julie. The monologue includes Julie's attempts to record her final messages to her friends and family with a video camera. She ends up confronting her reality and the meaning and meaninglessness of life; an initial trip through her ego which ultimately leads to the opposite result.

Betty Despoina Athanasiadou is an actor from Greece. She has performed in theater pieces within Berlin’s independent performing arts community for eight years and has also acted in a variety of video productions and short films. Helena Kountoudakis has worked as an assistant director in theater and film since completing her studies in acting at Schauspielschule Basel in 2016. She also writes texts and directs her own pieces.

Despite its easy-going name, the Polish Failures Club has a serious intention. It is dedicated to fiascos, to disappointments, in short to failure. Its members are convinced that failure is an integral part of life. Wherever there is success, there must also be let-downs, especially in a society that defines itself by success. There is nothing bad about failure. It is a part of every learning process, every successful result. Disappointments are a necessary part of life and there is no reason for Polish failures to deny, suppress or be silent about failure. Quite the opposite! Under certain conditions, recognizing that you are a failure can have a therapeutic effect. The Polish Failures Club is not a commercial club. All its members work on a volunteer basis. The Polish Failures Club finances itself from donations and membership fees. After all, as it so often says on our posters and flyers: “Financially sponsored by no one!”