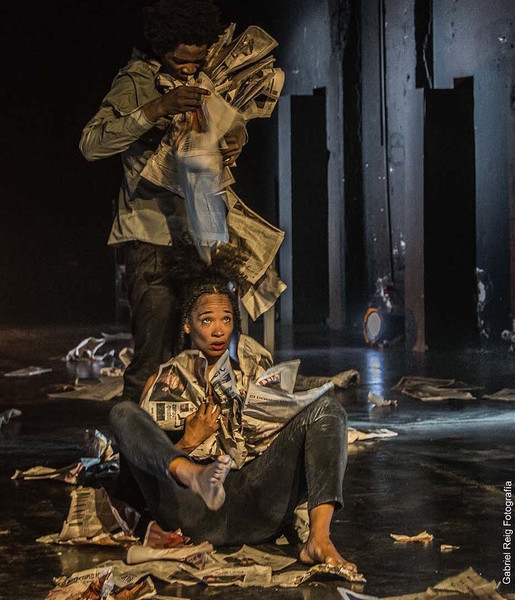 Sat.
20:00
ca. 55 Min.
Venue:
Radialsystem V, Holzmarktstraße 33, Friedrichshain, 10243 Berlin
We ask wheelchair users and persons with physical impairments to contact us in advance at ticket@radialsystem.de. The accompanying person will receive a free ticket.
Wheelchair accessible (Information provided by the organisers.)

The concept of dialogue plays a key role at Radialsystem V: the combination of apparently opposed concepts leading to a result that exceeds the sum of its parts is reflected in the architecture of the building and its balanced synthesis of old and new elements, as well as the house's involvement in the interaction of culture and economy.
It is also mirrored in the artistic schedules of programming of the house, where early music interacts with contemporary dance, classical concerts are combined with new media and visual arts meet with live performance. Willing to take risks and to experiment without an elitist attitude, Radialsystem V develops and tests new artistic formats. The basic thought of the concept of dialogue is openness (as opposed to restriction): for new forms, unconventional ideas, an interdisciplinary approach, unexpected fusions, and surprising insights.
An integral part of the venue's concept is the dialogue between culture and business. Radialsystem V is now recognized as a first-class venue for receptions, symposiums and congresses – and this success is reflected in the constant stream of room bookings for political, commercial, science and media events of all kinds. With its spacious halls, panoramic studios, the wooden sun deck and the cobble stone terrae on the Spree with its own dock for boats, RADIALSYSTEM V boasts a range of outstanding spaces that make it the ideal location for conventions, gala events and media productions.