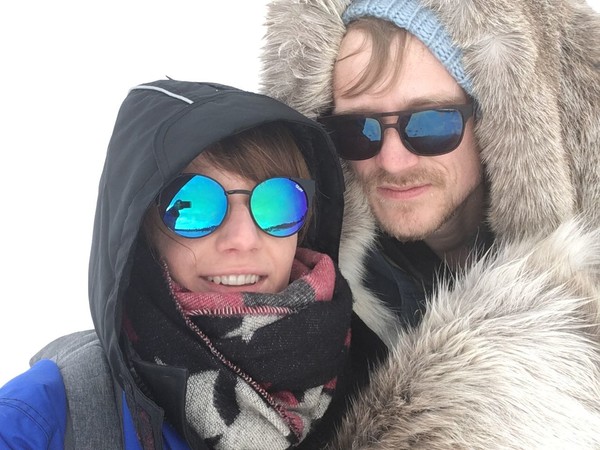 A research project about various natural phenomena and the way they affect our sensory bodies. Can sensory experiences, inanimate phenomena and nonmaterial substances become material for the performing and visual arts? A laboratory turns to a kind of poetic embodied mythology, explored from different perspectives and articulated through different media.

Irina Demina (Russia/Denmark) is a freelance choreographer, dramaturg and dancer. She received a MA degree in choreography from Hochschulübergreifendes Zentrum Tanz Berlin. As a freelance dancer/interpreter, she has worked with the choreographers Xavier le Roy, Jochen Roller, Angela Guerreiro, Soodong Jung, Halla Olafsdottir, amongst others. In 2013, received the 3rd prize in the competition The best German dance solo in Leipzig. She has developed her own projects since 2008. Tobias Leira (No) is a freelance lighting designer and stage designer. He graduated from Dramatiska Institutet im Stockholm, Sweden (Bachelor of Fine Arts with a major in theater lighting design and works with various theaters and artists worldwide.

Collegium Hungaricum Berlin (CHB) has been enriching Berlin’s international art and culture community for nearly a century and launched an expanded concept with a revised function in 2016. With a special focus on creative processes as well as an opening to a broader, more international audience, the CHB team has developed an interdisciplinary programming structure which is built upon five so-called “modes” (scenic – science – screen – sound – space), each with their independent brand character.
As such, CHB see itself not only as a forum for addressing current fluctuations within Hungary’s artistic communities or an internationally relevant oeuvre. It is different and it is much more: a place for dialog and encounters, a discursive platform that deals with the societal and cultural upheavals of our present as well as simultaneously a workshop and incubator for innovative ideas and a creative hub.