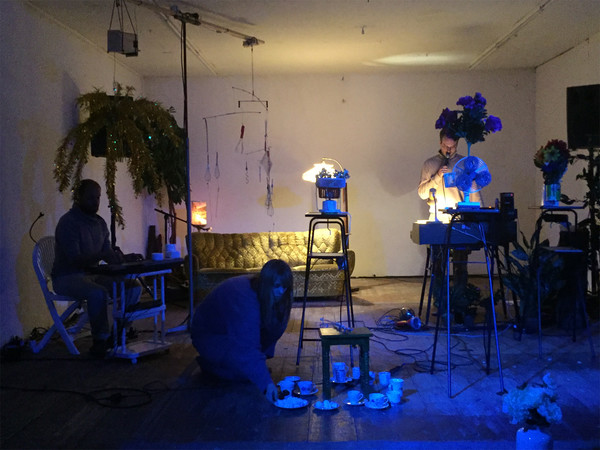 Things outlive us. They enrich us, remind us of someone and they surround us in our apartments. As research for their new production bruit!, has invited friends to build sound objects out of household goods. Together, they have created a performance concert about the relationship between people and their things. bruit! invites you to a small household concert!

A production by Musiktheater bruit! in cooperation with the Ballhaus Ost. Funded by the Recherchestipendium der Senatsverwaltung für Kultur und Europa in Berlin.

musiktheater bruit! is an interdisciplinary collective of four theater artists and musicians. bruit! explores the boundaries between concert, theater, installation and performance.