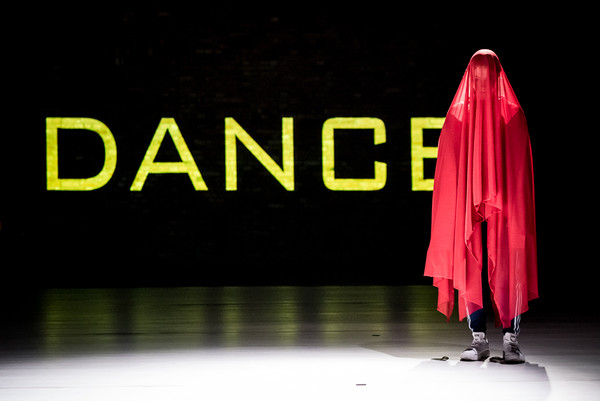 Dance for socialism! Even if the parquet probably doesn’t leave our comrades much room for free expression. Kasia Wolinska wants to know about this and reminds us of an historic encounter: Isadora Duncan and the USSR – The Revolutionary. On the basis of her reconstruction of three pieces of choreography by the U.S. dance icon, history becomes more contemporary than ever before.

Production: Art Stations Foundation by Grazyna Kulczyk in the frame of Solo Project Plus 2017

Kasia Wolińska was born in Gdańsk. She is a graduate of the dance department at Music Academy, Łódź, the cultural anthropology department at University of Łódź and the dance, context, choreography program at HZT Berlin. Dancewebber 2015. She began developing her practice Hi Mary in 2013, which has been presented in Berlin, Gdańsk, Łódź,Norberg, New York, Warsaw, Kalisz, Copenhagen and Amsterdam. She was a Centro Selva resident in 2014 and a resident at the transeuropa Festival in 2015. In 2016 she was a part of the Global Practice Sharing Program ( Movement Research/ Art Stations Foundation) in New York. She received funding through the Berlin Senate’s Einstiegsfoerderung program for 2018. She has collaborated with artists such as R.Crisp, V.Bozek, K.Tyminski, A.Siniarska, J.Plawgo, L.Martini, D.Agullo, M.Ziolek and others.

Under the artistic direction and management of Annemie Vanackere, HAU Hebbel am Ufer presents contemporary artistic positions that explore the intersection of theater, dance, and performance. In addition, music, visual arts, and theoretically oriented discursive events are core components of the diverse schedule of programming. Instead of relying on a permanent ensemble, HAU both develops and presents international co-productions, festivals and projects realized within and beyond Berlin’s international dance and theater community.