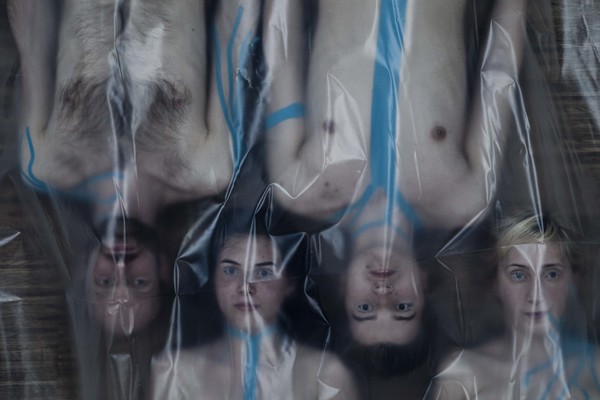 The basis of the game Cyborg City is the creation of an urban laboratory to double existing and future life. Cyborg City audience members enter into the story of the game – from the perspective of gamers who design it. In their double role as gamer and (video) game character, they must technically and digitally upgrade their bodies and minds in order to be up to the complex quests of the future.

The company borgtheater (formerly lapama), based in Berlin and Paris, was founded in 2003 by Rolf Kasteleiner. Highly regarded for its successful production of Waiting for Godot in sign language, the company took the piece on tour to various theaters in Germany and France and to the Beckett Festival 2006 at Scandicci. After the Internet theater project Invocation (with text by Martin Heckmanns), which was presented simultaneously in two locations, borgtheater began working on the translation of virtual rooms into the context of the stage without video technique. The trilogy Internet Identity marks a new step in which the theater stage is suspended, the story takes place in different rooms simultaneously and the audience take on a central role.

Kühlhaus Berlin is a cultural landmark, and a unique example of pre-war industrial architecture. Today, it is an event location. A place of energy, a dynamic place, a place that moves with the heartbeat of the city and constantly reinvents itself. It offers a multitude of unique and extraordinary rooms and architectural situations on a space of more than five thousand square meters.