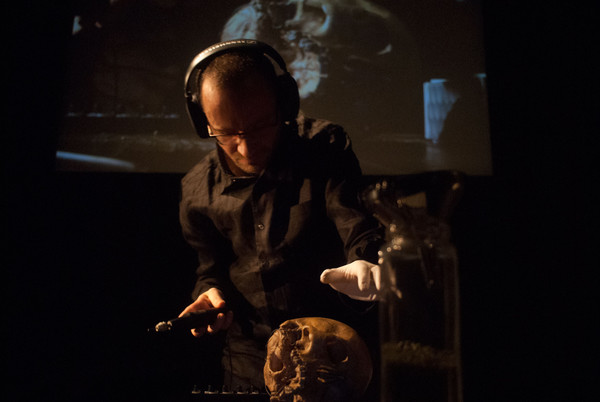 Thousands of human skulls from the fromer colonies are lying in the basements of German universities and museums. Some of them were taken from the corpses of killed "insurgents". These skulls were brought to Germany as trophies, scientists examined them in order to substantiate theories of race. 100 years later, more and more demands are being made for their restitution to their descendants.
A skull forms the centre of this lecture-performance. Two biographical stories revolve around it. They lead from Germany to Tanzania, across archives, consulates and battlefields, from colonial history to the present and into the skull of each audience member. With historical documents and sound files, they connect to a (post-)colonial odyssey between science, politics and theatre.